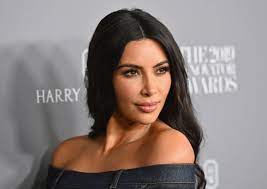 There is a massive secular shift underway in the world of sales, distribution and advertising and it centers around the role of the INFLUENCER.

Classically, brands run commercials on broadcast media such as radio and television. Those businesses create content to attract an audience and sell access to that audience to said advertisers. Companies like Nielsen tracked audience interest and activity as best they could so advertisers knew whether their efforts were effective.

Cable and streaming media fundamentally shifted this model because users were now paying subscriptions. On the other hand, where advertising still remained an inherent part of the model, agencies and brands could now track viewers with far more accuracy as they tracked computer usage. The old models revolved around studios and networks…think MGM, Paramount, ABC and NBC. The newer models featured juggernauts like Comcast and Netflix.

This brings us to the present. Advertising dollars are overwhelmingly directed to Google and Facebook. Traditional media is getting their lunch handed to them in terms of both top line revenue and profits. It’s almost impossible to compete with a content platform like Facebook that has virtually zero content production cost. But that raises a new problem. Users need to navigate the proliferation of content sources from millions of providers.

The problem of content moderation or curation is central to many of our current debates about the internet. How do we censor harmful activities? Who chooses the content to promote? Do ratings engines represent a fair and informed ranking, or are we catering to the lowest common denominator? Is it terribly surprising that some users relinquish their “coolness” to searching and decision making by following Snoop Dogg?

Evolution doesn’t stop. Recently, ad spends at the large online platforms have slowed. While some of this is tied to the slowing economy, that’s not the whole picture. Rather, brands are realizing their products are moving more because of “influencers” than they are because of traditional ads. Even Amazon has now embedded tools on their platform that empower amateurs to become influencers and curators. When you next log on, notice the role of their influencer army.

Jason Calcanis and David Sacks are two of the sharpest entrepreneurs in tech. At roughly the one hour mark of one of their recent podcasts (LINK), they address the power that is Kim Kardashian. As they suggest, like or hate the Kardashians, the reality is they move product. Kim’s venture fund is well on its way to being a $1B fund! Why? Because investors know that anything she backs, and subsequently promotes, is going to fly. It’s like shooting fish in a barrel. Isn’t that the ideal for every product and investor?

Even though the principles and trends above are familiar to the consumer world, they are also heavily influencing B2B. Specifically, we care about their application to healthcare. Consider Figs. It’s a scrubs clothing company now valued at over $1B! How? Influencers. The company followed the consumer playbook and engaged physicians and nurses to move the market and sell product. Overnight they became a $1B company.

Medicine is almost comically late adopting innovation, but not this time. This time it has led the way. Consider: The medical industry formed some of the earliest social – professional networks long before the Internet existed. Medical societies and medical journals have always been organizations that enable connection in a curated and trusted space. Influencers join Medical Society Boards and/or become published academics. Industry follows lots of “stars” relying heavily on the influence of the published academics, podium speakers or KOLs…the names of the roles are immaterial.

During the era of Covid, the role of the “podium speaker” was virtually shut down. The society leaders that inserted their influence at conferences and meetings were stuck at home on Zoom. This facilitated a rapid shift that is largely mirroring the consumer space. The role of the influencer in healthcare is rapidly shifting from the old world, “good-ol-boys” networks to the new world of digital. Doctors who want to build their personal brand and influence are no longer limited to writing academic papers and chasing Impact Factor.

We’d like to think we foresaw this massive media and advertising shift and carefully crafted the AngelMD business model to play a leading role. We didn’t. But we are at the right place at the right time. Early on we did recognize a few key trends…most notably physician influence within Industry is critical and the traditional means of interacting with physicians was weakening.

The decline is the result of a handful of trends including:
– The Reduction in device and drug rep interaction with physicians
– The move by physicians to embrace online activity
– The aforementioned Covid lock-downs

Where does that leave us?

AngelMD is centered around physicians and their influence. We actively provide the community and tools to insert physicians into the startup/innovation marketplace.

We achieve this by involving them in educational content across a spectrum of topics, or just by getting their opinions on industry trends like practice roll-ups, reimbursement shifts etc. We also recognize the lesson taught by Facebook. The opportunities provided by interacting with the network is content in itself. The content is then delivered through an omni-channel media strategy that includes widely different types of media delivered at different frequencies and mediums. This obviously includes events like Pitch Club, Physician Round Tables, and conferences. It also includes our media channels like MD Next magazine, VitalSigns and AngelMD Academy. While not as obvious, it also includes interaction opportunities like evaluations, advisory roles and investments. Investments? Just like Kim Kardashian having the ability to influence the outcomes of her investments, so too can clinicians and their involvement in early stage medtech will shape and accelerate the industry.

Several years ago, we gathered at our office with some of our Advisors and investors. One of our most helpful physician Advisors spoke up suggesting that AngelMD was building the new influence platform for healthcare. He expanded to suggest he wanted to play the role of Kim Kardashian. After we got done laughing, we realized he was exactly right. He was ahead of the curve in recognizing that physicians traditionally influenced about 80% of all the spend in healthcare. This influence has been declining for some time, but AngelMD provides the digital platform to return physician influence to an Industry that desperately needs their curation capability and expertise.

There is a continuum of opportunities in which to participate. On one end of the spectrum AngelMD has a great base of investor / owners who have a direct financial stake in this trend and are helping to influence our outcome. In addition, hundreds of clinicians are part of the AngelMD Clinical Advisory Board; and others contribute content to MD Next, the Innovation4Alpha podcast and more. There is no requirement that you become an active participant in this movement. Like Facebook, AngelMD advertisers don’t care whether our users are creating content or just observers. That said, it’s a lot more fun on the dance floor than it is sitting off in the corner. Not sure how to best plug in, or want to know more about where we are headed? Feel free to contact us via the chat function at www.angelmd.com.
Facebook
Twitter
LinkedIn 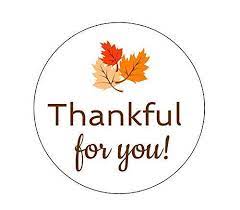 We’re Thankful For You As we enter Thanksgiving week, we want to articulate our gratitude… 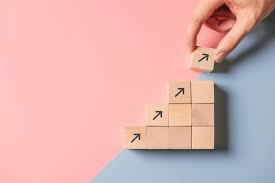 The first official offering under the Startup Premium Services is our audience expansion tool-kit. Starting…

All startups have to be effective at several essential functions. Unless the team leading the…